When you book with an account, you will be able to track your payment status, track the confirmation and you can also rate the tour after you finished the tour.
Sign Up
1608
OverviewDay by DayInclusionsHotelsPhotosFAQ

One of Scotland’s best-kept secrets, the north coast links courses are pure golfing gems. The jewel in the Highland golfing crown is Royal Dornoch Golf Club, universally rated as being one of the world’s top 20 golf courses and long considered to be Donald Ross’s masterpiece. The relatively new Castle Stuart Golf Links, just outside Inverness, has arrived in true style, hosting the Scottish Open in 2013 which was won by Phil Mickelson, his maiden win on Scottish soil. Nairn is one of Scotland’s most picturesque links courses while golf at Cruden Bay is full of surprises, very much a traditional links with humps, hollows and greens tucked into unimaginable spots, a pure joy to play. Royal Aberdeen is a highly rated traditional links course, the seventh oldest in the world. And new arrival, Trump is a spectacular triumph in the high dunes just outside Aberdeen, surely destined to be one of the greatest. These six links courses together are a match for the best in the world.

Stay 3 nights in Inverness. Play Nairn today. Founded in 1887, it is now one of the best links courses in Scotland. From every hole you can see the Moray Firth and the Black Isle, and only too easily you can strike the ball into the ocean on every one of the first seven holes! This evening, why not enjoy a delicious dinner at ‘The Mustard Seed’ restaurant in Inverness.

This Donald Ross masterpiece is a spell binding links. Many golfers from all over the world make the pilgrimage to this natural links at some point in their lives. The course is consistently rated in the top 20 of the world’s golf courses.

Cruden Bay is traditional Scottish links golf course, originally designed by Tom Morris and Archie Simpson. This course creates unique challenges for the golfer demanding skills of power, placement and fine judgement while set against a backdrop of subtly contoured greens and magnificent panoramic views. After golf, transfer to Aberdeen, where you’ll stay for 2 nights.

Trump International was designed by Dr. Martin Hawtree, the acknowledged master of links golf course architecture. The course has a Par of 72 and a maximum length of just over 7400 yards. Offering a sequence of superlative topography, landscape, and alternating spaciousness and enclosure, this links course is sure to impress

Known as the 7th oldest golf course in the world, the Royal Aberdeen course runs essentially out and back along the North Sea shore. The outward nine (which is considered one of the finest in links golf anywhere in the world) cuts its way through some wonderful dune formation. The inland nine returns over the flatter plateau. Stay 1-night in Edinburgh.

Transfer to Aberdeen or Edinburgh Airport for your return flight home. 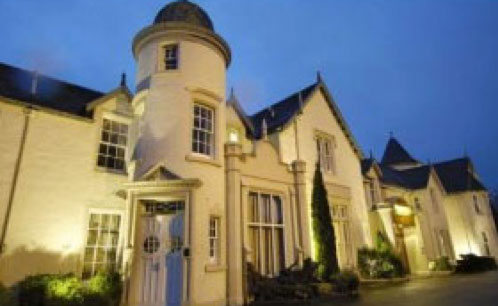 The Kingsmills Hotel is a luxury four-star resort with spa and leisure facilities, located 15 minutes from Inverness Airport. Set within 4 acres of manicured grounds and only 1 mile from the center of Inverness. Guests have full use of the leisure club which includes a gym, sauna, steam room, Jacuzzi and a swimming pool. There are 2 restaurants available for dining:  The Inglis Restaurant offers a fixed price menu and the Conservatory offers à la carte dining in a beautiful garden setting. 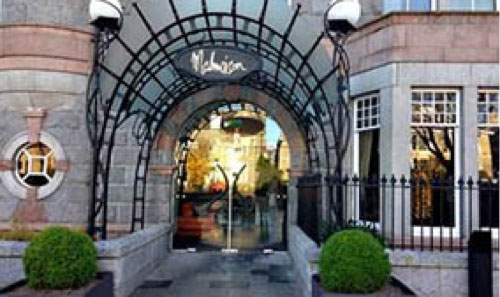 Get caught up in Aberdeen’s exciting atmosphere. Right in the heart of Scotland’s Granite City, and just a short hop from the city center. The Chez Mal restaurant is well known for first class dining and with and extensive wine cellar. This Aberdeen hotel is designed to be different, with king beds, power showers and chic décor, guaranteed to impress. Golfers will be most comfortable retiring to the Malmaison after a day on the links.

To enter Ireland or UK, you need a valid passport. While e-passports are commonly used now, they are not a necessity to enter Ireland. UK citizens do not require a passport to enter Ireland, but carriers by air or sea require some form of identification with a photograph (usually either a passport or driving license with photo).

Gratuities and tips are discretionary and are not usually included in a bill. The general custom is to give 10% to serving staff in restaurants. Cafes might have a collection box at the till and bar staff are not tipped but you are free to offer “have one for yourself”.

Plugs in Ireland and UK are three-pronged and the electricity supply is also 230v. Adapters are widely available, and it’s a good idea to bring a couple for your various gadgets.

You will need either a full valid national driving license or an international driving permit. Cars in Ireland drive on the left-hand side of the road and both driver and passengers are required to wear seat belts at all times by law. Signposts in Gaeltacht (Irish speaking) areas are written in Irish (Gaelic) so familiarise yourself with both English and Irish spellings before you set off for those parts. Northern Ireland uses miles per hour, while the Republic of Ireland uses kilometers for signage and speed limits.

English is commonly used throughout Ireland and UK, although Irish is the official language in Ireland, and there are Irish speaking areas called the Gaeltacht where it is the predominant language.

Bring a sweater, even in summer; waterproofs to accompany all outdoor activities; sunglasses; comfortable walking shoes and an umbrella. The weather is changeable so go for layers that you can put on or take off as the temperature changes.

There are no vaccinations required to visit Ireland.